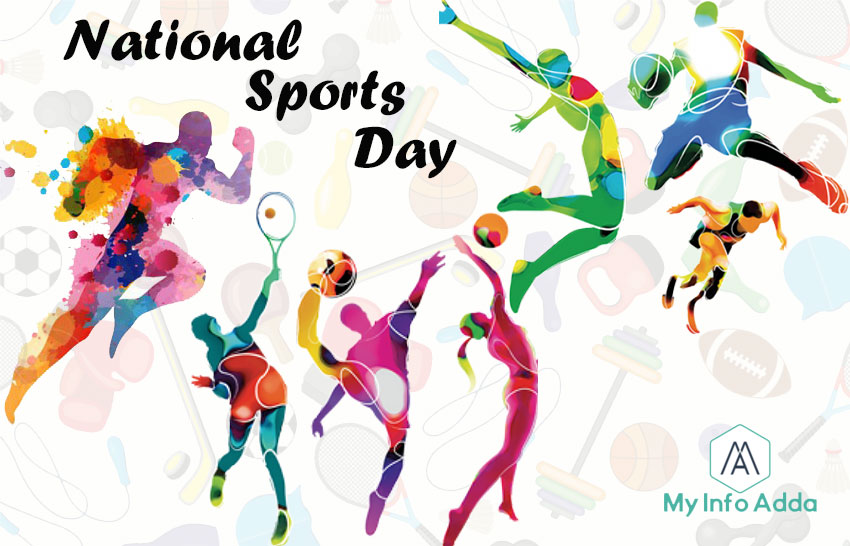 The day 29th August is celebrated National Sports Day every year in India. It is particularly celebrated in academic institutions and sports academies all over India. It is celebrated all over India by different manners like organizing different types of sports like Marathons, Hockey, Football, Volleyball, etc. The day is dedicated to legendary hockey player, Major Dhyan Chand Singh. On 29th August, birth anniversary of Dhyan Chand. He was the greatest hockey player of India and who made India proud by his extraordinary sporting skills.

At the early age of Dhyan Chand had joined the army and learnt the game of hockey and soon became an expert in goal scoring and ball dribbling. Dhyan Chand quickly became the Indian Hockey Team captain due to his excellent playing methods and was given the nickname ‘Chand’ which means ‘Moon’. Dhyan Chand had won three Olympic medals and till date remains the only hockey player who has received the Padma Bhushan award during his tenure. Also, he won the Olympic Gold medal six times in a row for India in hockey.

On National Sports day, sports persons celebrate this day in a sportive way. The President of India Bestows prestigious awards such as the Arjuna, Rajiv Gandhi Khel Ratna and Dronacharya Award, Dhyan Chand Award, etc to the sports persons. Many schools throughout the country celebrate this day as their Annual Sports Day and young people are also encouraged and made aware of the prospects in sports and what all advancement the country has obtained in sports.