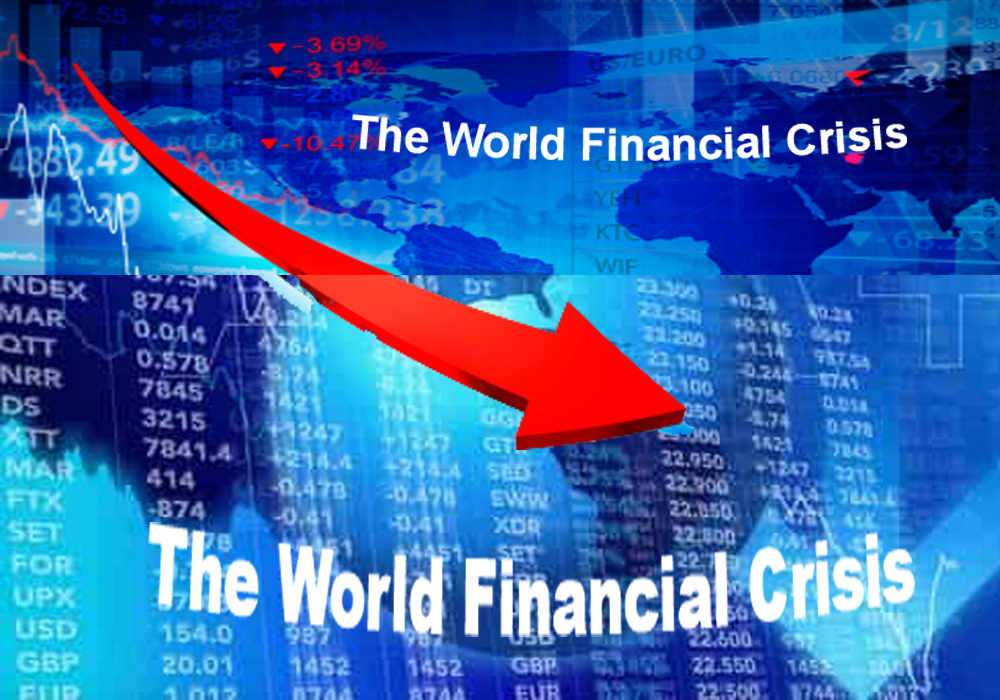 Capitalism, an economic system whereby land, labor, production, pricing,
and distribution are all determined by the market, has a history of moving
from extended periods of rapid growth to relatively shorter periods of
contraction.
Around the world stock markets have fallen, large financial institutions have
collapsed or been bought out, and governments in even the wealthiest
nations have had to come up with rescue packages to bail out their
financial systems.
On the one hand, many people are concerned that those responsible for
the financial problems are the ones being bailed out, while on the other
hand, a global financial meltdown will affect the livelihoods of almost

everyone in an increasingly interconnected world. The problem could have
been avoided if ideologues supporting the current economic models
weren’t so vocal, influential and inconsiderate of others’ viewpoints and
concerns.
The effects of the global financial crisis have been more severe than
initially forecast. The turning point was the decision in September 2008 to
let Lehman Brothers fail, an event that had a series of ruinous cascading
effects. Given the depth of the crisis in the US & Europe, it was only to be
expected that India too would be affected. But India’s well-regulated
banking system and adequate policy responses should ensure that the
fallout, at least on the banking sector, will be contained.

How can you represent your online store?